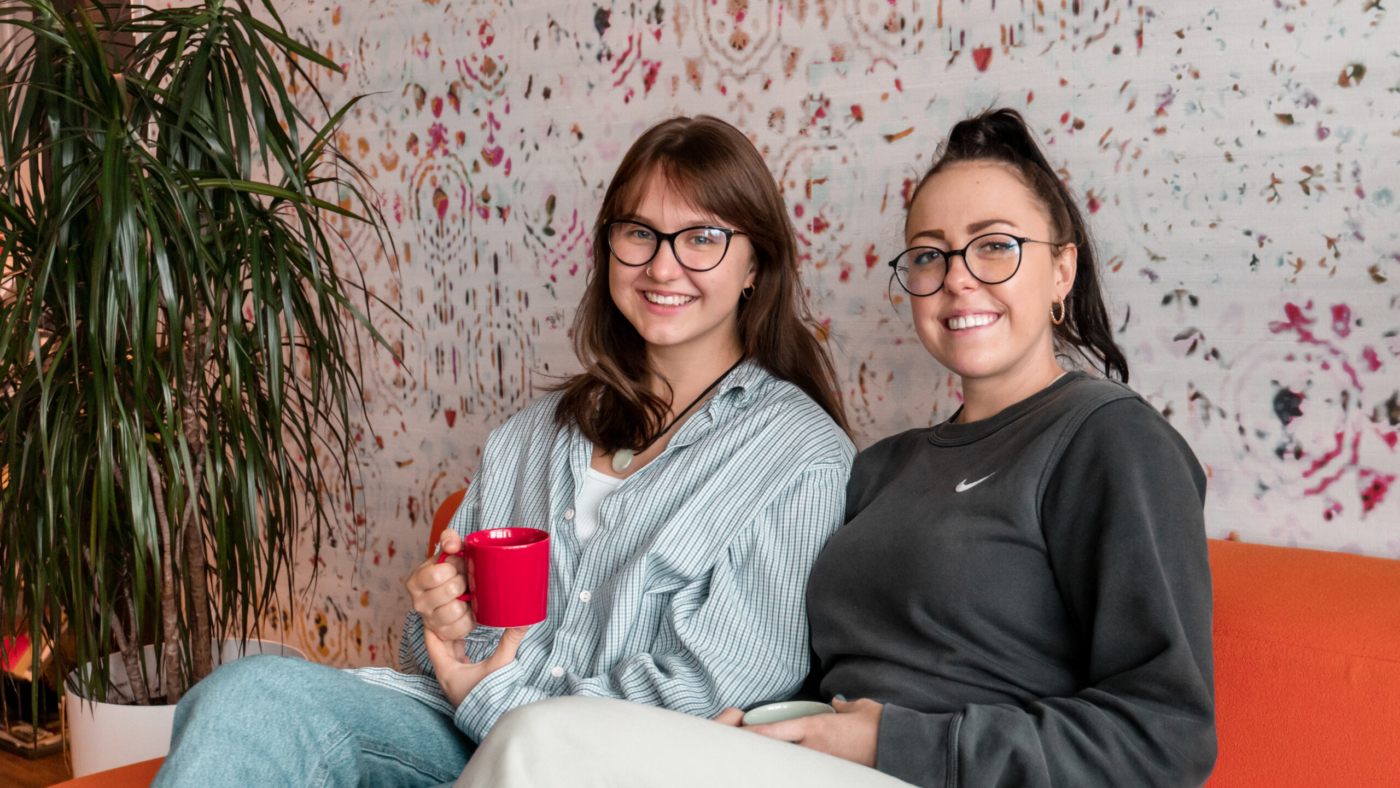 A new academic year has begun, and new faces have appeared in the corridors of Proakatemia. It’s always interesting to hear how different people have ended up here so we met with Katrina and Doneé and asked them to tell their own stories!

Katrina and Doneé have just started their studies in the English program. Katrina moved to Finland from Latvia a month ago and Doneé moved here from South Africa in June. Doneé has lived in Finland before, but for Katrina this is her first time in Finland.

Doneé has always been interested in entrepreneurship and business and was first aiming to the international business program in TAMK. She then came across Proakatemia’s Youtube videos and got really interested in Proakatemia and ended up here instead. She thinks that a multicultural environment is more beneficial for her compared to studying just in her home country.

Katrina never thought she would study entrepreneurship or that entrepreneurship would be a real option for her. Katrina sought information about all the possibilities in which she could study in English in Finland when Proakatemia’s team leadership program caught her attention. Then she also found Proakatemia’s Youtube videos and thought that Proakatemia seemed like a really nice place and people seemed really open here.

So, Proakatemia’s Youtube videos played a big role for both Katrina and Doneé in the decision to study here. Katrina says it was important for her to see how Proakatemia’s facilities really looked like and what kind of people were studying here since she had never been to Finland before.

Katrina and Doneé feel that they have a great atmosphere in their international team, and it has been interesting to hear all the different stories and share information about different cultures. Now students focus on getting to know each other and building group dynamics and team spirit. They think it’s going to be hard when they must try to separate friendship and business. Both are interested in seeing how this dynamic develops.

Settling in a new country and city has also been a bit difficult. Katrina says that she likes Tampere a lot and the big reason for that is that nature is such a big part of the city. However, sometimes she feels like she’s living a double life because all her friends and family are in Latvia and now, she has all these new people she sees every day. Katrina says she tries to be more present and really enjoy the time given here.

International students have a different situation than students in the Finnish program, as they form a team together when students on in the Finnish degree program are divided into different teams at the end of the year. Katrina and Doneé say they already think about the different roles that people are going to take when putting up their own company. They also remind each-other that they need to remember and learn certain things so they can then use that information when they do business together. Katrina and Doneé think it’s a privilege that they can already think those things in their team.

Katrina and Doneé both feel that they are closer with the older international team, Flip Solutions, than other Finnish speaking students. They think it is because they share the same team space and they have also spent time with the older international students when they only see students from the Finnish program about once a week. Katrina and Doneé feel that students from Finnish and English programs are definitely coming along but it would be nice to have more interaction and see the Finnish program students more often so that they can create a stronger connection with them.

We can’t wait to see how these students’ journeys continue!